Is Modafinil More Effective Than Coffee? 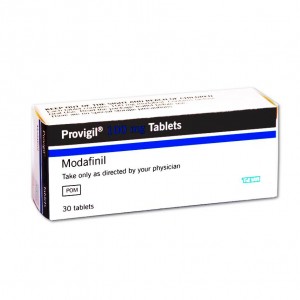 Modafinil, also known as Provigil, was originally synthesised in the 1970s in France and approved for use by the US FDA (Food and Drug Administratoin) as a treatment for sleep disorders such as narcolepsy in 1998. It is currently classed as a Class IV controlled substance in the US for fears that it may have addictive properties, though it is legal for distribution in other countries, including the United Kingdom.

Modafinil’s use as a sleep disorder treatment

As a treatment for sleep disorders, such as Narcolepsy, modafinil appears to function as a selective dopamine reuptake inhibitor, although the exact mechanism of how it works remain unclear. It is not a total cure for these disorders, instead being prescribed as a management treatment for daytime sleepiness

By scanning the brains of healthy adults taking modafinil, it was observed that modafinil blocked the mechanism in the brain which removes dopamine - the 'feel good' hormone - from the brain, resulting in an overall increase in dopamine in the brain. Due to this, the participants of the trial reported feeling more alert. It's potential use has been explored for conditions such as cerebal palsy, ADHD and autism, though more studies are needed in these areas to determine the efficiacy of such use cases.

The most popular drug in the world, caffeine works as a stimulant for the central nervous system, blocking adenosine, one of the critical molecules for causing sleepiness. This induces a feeling of wakefulness by blocking the adenosine from reaching the adenosine receptors in the brain. This is laid out particularly well by the video below:

Caffeine has several effects on the body, including:

These effects, particularly the dopamine production, have a positive effect on both mental lucidity and emotional wellbeing, as dopamine is the primary neurotransmitter associated with pleasure and well-being.

How do they compare?

Despite their differences in consumption and popularity, modafinil and caffeine are incredibly similar products in terms of effect. In fact, some users recommend they best be taken together, though a doctor should always be consulted before deciding if this course is right for you. They are similar enough in their effect in staving off sleep and increasing concentration, as the results of this 2004 study show, though modafinil was found to be more effective over sustained periods.

Caffeine, as a stimulant that merely blocks adenosine receptors, gives the feeling that it is merely ‘staving off’ sleep. The temporary energy given by caffeine feels like it is just that; temporary. Modafinil, on the other hand, appears to remove the need for sleep entirely.

Yet the praise for modafinil is not universal, due in part to the different effects in can have on individuals. This article, published in 2016, claims that a combination of regular short sleep periods and doses of caffeine can be just as effective in healthy individuals.

Questions remain about modafinil and studies continue to be ongoing. For now, it appears to be an effective treatment for those suffering from narcolepsy, sleep apnea and split shift sleep disorders..

Consult your doctor to see if modafinil is right for you.