It is estimated that 10% of the UK population are affected by the skin condition known as Rosacea. It is characterised by flushes of red, rashes, spots and inflammation across areas on the face.

Through our private and confidential free consultation service, you can now buy rosacea treatment without a prescription. One of our qualified prescribers will review your consultation, and then all approved orders will be dispatched using a 24-hour courier in plain, unbranded, discreet packaging for your confidentiality. 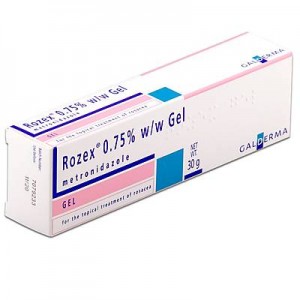 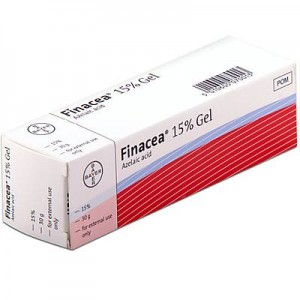 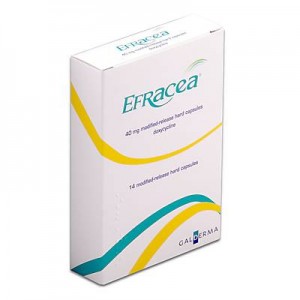 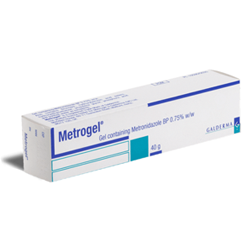 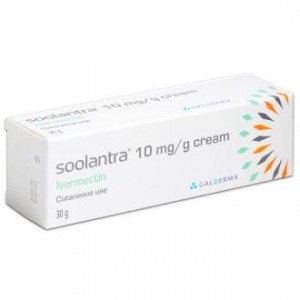 Rosacea (Acne Rosacea) is a skin condition which affects one in ten people. While it shares some characteristics of acne, there are some key differences between the two conditions.

Unlike acne, greasy skin and blackheads are not typical symptoms of Rosacea, nor do the symptoms clear after puberty. Rosacea often affects the central areas of the face including the nose and cheeks. The condition is more prevalent in women than men, though some symptoms, such as rhinophyma -  a condition in which the sebaceous glands around the nose become inflamed - may appear more severe in men.

There are 4 main types of rosacea.

Erythematotelangiectatic rosacea is characterised by flushing, redness of the skin and blood vessels becoming visible.

Phymatous rosacea thickens the skin and causes it to have a bumpy texture.

Ocular rosacea affects the skin around the eyes. Eyelids appear swollen and may cause a sty-like lump. Eyes can also be red and irritated.

Rosacea can also specifically affect the eyes. Known as Ocular Rosacea, this condition can cause redness and inflammation around the eyes, irritation of the eyelids and the appearance of bloodshot eyes. This form of Rosacea could also be a precursor to the condition appearing across the middle third of the face, such as the cheeks and nose.

Some may mistake the blotchy, redness of the skin as acne or sunburn.

While the condition can leave you feeling uncomfortable and embarrassed, there are a variety of medications which can relieve the physical and visible symptoms effectively.

There is much speculation in the medical field as to what exactly causes Rosacea. While no definitive cause of the condition has been determined, there are a variety of potential factors which could cause Rosacea.

Peptides, blood vessels, bacteria, mites, and genetics are all possible causes of Rosacea. It is thought that sensitivity in the skin, which causes blood vessels to dilate, may be the leading cause of the condition but more research is required to determine this.

Some people with the condition may find that certain triggers can exacerbate their symptoms, though these may not directly cause the condition in the first place. Common reported triggers include:

Though there are ways in which those with Rosacea can mitigate the risks of making their condition worse. These can include avoiding potential triggers, reducing their stress levels or using products intended for sensitive skin types.

Rozex is a topical gel or cream which contains metronidazole. It is applied to the surface of the affected skin to fight the bacterial infection and reduce the inflammation.

Finacea is a topical gel which contains azelaic acid. This treatment works by stopping the growth of cells within the hair follicles which cause the inflammation and irritation.

Efracea contains doxycycline, which belongs to the tetracycline class of antibiotics. Once ingested, the antibiotic treats the infection in the pores of the skin to relieve inflammation and redness.

Metrogel is a topical gel which is applied to the areas of the skin which are affected by Rosacea. It contains an antibiotic which kills the infection within the follicles and reduces the inflammation and red appearance of the skin as a result.

When applied daily, Soolantra is an effective treatment for rosacea. The active ingredient of this medicine is called ivermectin and belongs to a group of substances called avermectins.

Using make-up to cover up the visible symptoms

Women particularly may benefit from using cosmetics to hide their symptoms. When choosing make-up products, it's important to choose those which will not aggravate your skin. Look out for products intended for sensitive skin.

When applying cosmetic products such as concealers, foundation and mineral powders to the face, use an antibacterial brush instead of a sponge. You may also apply the products with your fingers but this can spread unnecessary oil from your fingers to your face.

For men, rosacea can pose a particular obstacle when it comes to shaving. It's important to avoid anything that may irritate the skin and worsen the symptoms of rosacea.

Opt for an electric razor to reduce the chances of skin irritation.

Avoid shaving creams, lotions and aftershave products which may irritate your skin. Instead, use shaving products which are suitable for sensitive skin types and use a moisturiser or balm after shaving to soothe the skin.

More about Rosacea from the NHS

How does Rosacea affect you?