Home / Anti-inflammatory / Naproxen / How Long Does Naproxen Take To Work?

How Long Does Naproxen Take To Work? 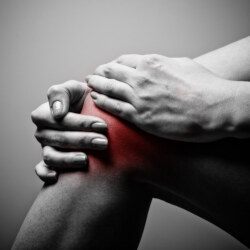 If you've experienced the symptoms of gout or another debilitating pain, you'll know how it can affect your sleep and work due to the discomfort and irritation it causes.

If this is the case, your doctor may have prescribed you Naproxen - a commonly prescribed painkiller that has been proven to be effective for gout and relatively fast-acting. It is particularly beneficial for inflammatory conditions.

If you have been prescribed Naproxen to relieve painful swelling, you may be wondering how long it takes to work. Read on to find out how long this anti-inflammatory takes to work, and what can affect its onset of action.

Naproxen is a pain-relieving medication that falls under the category of nonsteroidal anti-inflammatory drugs (NSAIDs). It is usually prescribed for those with pain stemming from inflammation of the joints and muscles, such as arthritis and gout, although it can be used for general pain, such as toothache and period pain, as well.

In most cases, Naproxen will be taken as tablets or capsules that you swallow, though it is also available as a liquid if you have difficulty swallowing.

Naproxen blocks enzymes that make pain-causing chemicals in the body called prostaglandins. Prostaglandins cause blood vessels to dilate and swell, which leads to inflammation and pain. By blocking the enzyme, these chemicals can’t be produced and so pain and swelling subsides. 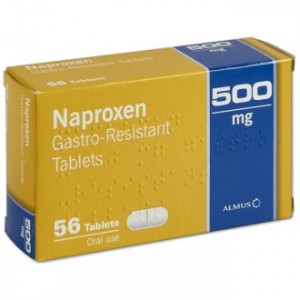 How Long Does Naproxen Take To Work?

As with most medication, how well and how quickly you respond to Naproxen will depend on many factors, including the dosage, duration and reason you are taking it.

In most cases, Naproxen starts working about 1 hour after taking it. However, it can take up to 3 hours to reach its highest efficiency.

In situations where you are taking Naproxen twice a day to treat a chronic condition, it can take up to 3 days for it to reach its peak effectiveness.

It is often recommended to take Naproxen with or straight after a meal. While taking Naproxen on an empty stomach may increase the rate at which the medicine is absorbed, it has been perceived that doing so may increase your risk of developing stomach ulcers.

There is no evidence to suggest that liquid Naproxen works faster than Naproxen in pill form, although liquid medications are generally absorbed quicker and can get to work faster.

How Long Does Naproxen Last For?

After taking Naproxen, its analgesic and anti-inflammatory effects should last for between 8 and 12 hours.

Naproxen is not recommended for long-term use, and may only be prescribed for one or two days. Naproxen may become less effective when taken for a long time.

Regarding gout, Naproxen will usually be prescribed only for as long as the attack lasts.

How Often Can I Take Naproxen?

The best person to determine the dose and frequency of Naproxen for your specific condition and situation is your doctor. A doctor will usually prescribe Naproxen for the shortest amount of time and in the lowest dose to manage your condition.

Most people who are prescribed Naproxen should take it once every 8 hours, as required.

For long term pain issues, like arthritis, you may need to take Naproxen for a longer period to effectively control your condition. Once your pain subsides, you can stop taking Naproxen until another flare-up occurs.

Tell your doctor if you feel Naproxen doesn’t relieve your pain effectively. Your doctor may amend your dose or prescribe a different medication entirely. Do not take more in an attempt to make it more effective. Taking more Naproxen than prescribed can increase your risk of side effects.

Can Naproxen Be Taken With Other Pain Medication?

According to the NHS, Naproxen can be taken with some other pain relief, such as paracetamol or co-codamol to manage your pain further.

However, you should not take Naproxen alongside other NSAIDs, such as Ibuprofen. Taking more than one anti-inflammatory at a time is dangerous.

If you are unsure whether a medicine is suitable to take alongside Naproxen, ask your doctor or a pharmacist.

In short, Naproxen is an effective analgesic that can start working to reduce inflammation within 2 to 3 hours of taking it, though can take longer for some people.

To avoid stomach ulcers when taking Naproxen, your doctor may prescribe a stomach protector (e.g. Omeprazole) at the same time. Though, there are gastro-resistant variations available. These can be taken on an empty stomach due to their special coating which prevents them from causing damage to the gastrointestinal tract.