Home / Heartburn / What's the difference between omeprazole and lansoprazole?

What's the difference between omeprazole and lansoprazole?

This content has been written and checked for quality and accuracy by
Mohamed Imran Lakhi Content Administrator Published on: 16/08/2019 Updated on: 11/06/2021

Acid reflux - you've probably heard of it, and the chances are you will also experience it at least once in your lifetime. But how do you combat this common health complaint? Medications such as omeprazole and lansoprazole are commonly used to treat acid reflux as well as other conditions like it that involve excess stomach acid – but when it comes to telling the two drugs apart things can become difficult.

It’s no secret that the medical industry is an overwhelming one, and we’re often inundated with complex drug names, many of which sound different but do the same thing. Omeprazole and Lansoprazole are two such medications that are often used to treat the same conditions but possess some subtle differences that you should be aware of before taking either.

Today, we are going to take a look at these two medications, what they can be used for, and how they differ.

What are Proton-Pump Inhibitor drugs? 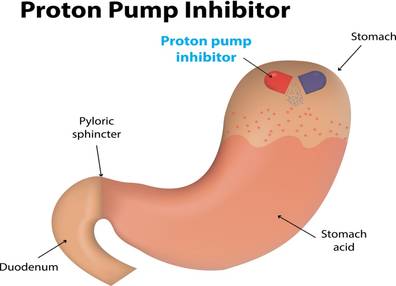 Proton-Pump Inhibitor (PPI) medications are a group of drugs designed to treat and prevent excess stomach acid. Although PPI medications are extremely common, they are not typically taken for long periods of time, and so it is always advised to speak to your doctor before taking these medicines.

Both omeprazole and lansoprazole belong to the family of PPI drugs, and although omeprazole is considered to be amongst the most well-known, both can be prescribed to aid in stomach acid related problems.

What is omeprazole and how is it used?

Omeprazole is most often prescribed by a doctor; however, it is possible to get the lowest strength (10mg) capsules from the pharmacy. Omeprazole can be used as a treatment or in conjunction with other medicines to aid a range of conditions involving stomach acid. 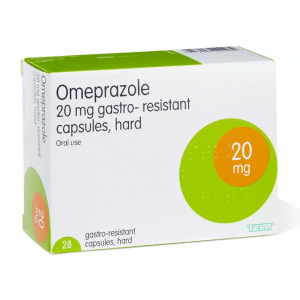 What are the side effects of omeprazole?

Although omeprazole doesn't come with many serious side effects, there are a few common ones that users should be aware of before starting on the medication. These include:

What is Lansoprazole and how is it used?

Lansoprazole is another drug given to combat stomach acid levels. Similarly to omeprazole and other PPI drugs, it has the ability to prevent too much acid being produced within the stomach, which can lead to a range of unpleasant side effects. 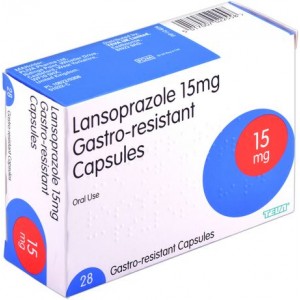 What are the side effects of Lansoprazole?

Again, similarly to omeprazole lansoprazole is a relatively low-risk medication that rarely causes any serious side effects. However, that being said there are some common side effects that you may experience when on this medication. These include:

What are Omeprazole and Lansoprazole used to treat?

There are a number of conditions both omeprazole and lansoprazole are used to treat, and both medications can be prescribed for the same conditions. Below are some of the most common health issues for which these medications can help:

Additionally to these, omeprazole can also be prescribed to treat Zollinger-Ellison syndrome

What are the differences between Omeprazole and Lansoprazole?

Despite the obvious similarities between omeprazole and lansoprazole, there are some subtle differences that tell the two PPI drugs apart, and you should be clear on these before commencing any treatment.

Due to the fact that both medications come from the same family of drugs, both of them work very similarly within the body. However, typically lansoprazole is considered to be the faster acting and more potent of the two medications, particularly in the treatment of acid reflux.

However, perhaps the most notable difference between omeprazole and lansoprazole is the way other medications interact with them. Popular antacids, such as Gaviscon, are often used in conjunction with PPI medications, however in the case of lansoprazole, antacids can actually reduce how much is absorbed by the body and therefore impede how effective it is.

While not serious, this can be incredibly frustrating if you are struggling, so allowing an hour between medications can help to reduce this risk.

Omeprazole on the other hand can interact with other medications in a more harmful way, such as anticoagulant medications, where it has been found to enhance the anti-clotting effects. For these reasons it is always best to check with a professional before taking any new medication, even when it is a low-risk one.

If you are currently struggling with symptoms of excess stomach acid and are considering omeprazole or lansoprazole, you can speak with your doctor who can advise on dosage and appropriate consumption.