How to relieve stomach ache after taking Naproxen? 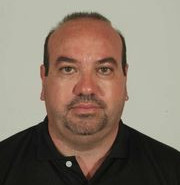 This content has been checked for quality and accuracy by
Dr Giuseppe Aragona Doctor Updated on: 08/11/2022
View more

But like other NSAIDs, a significant side effect associated with Naproxen is causing gastrointestinal problems (stomach problems), including indigestion, gastric (stomach) or duodenal (large intestine) ulceration, bleeding, and other issues that cause extreme abdominal discomfort. According to the British Medical Journal, 60% of people taking NSAIDs experience indigestion troubles.

Why does Naproxen cause stomach pain?

Naproxen interferes with the stomach's mucosal lining, protecting the stomach from gastric acids. While these acids are vital to the normal digestion process, in the absence of protective barriers, they can cause damage to the mucosal lining, causing ulcers and bleeding.

The stomach has protections against gastric acid due to the:

Naproxen reduces pain by blocking the enzymes involved in producing prostaglandins which are significant in protecting the mucosal layer of the stomach. The suppression of prostaglandins can break the stomach's protective lining, causing inflammation, and damage to a capillary or blood vessel, causing bleeding and developing a sore in the mucosal lining.

Naproxen also slows the production of protective mucus in the stomach and changes its structure.

What are the symptoms of a stomach ulcer?

According to the NHS, the most common symptom of a stomach ulcer is dull or burning pain in the upper abdominal area (where the stomach is located). It can be mild or sometimes severe pain.

Usually, the pain will occur after a meal, but it might also happen at night for some people. It could go on from a few minutes to a few hours.

Other less common symptoms are:

In some cases, people with peptic ulcers may see blood in their vomit or stool or have black stools because they contain blood.

Call your doctor immediately if you notice blood in your stool or vomit. This can be a sign of excessive bleeding or other serious problems.

In about half of all diagnosed cases of ulcers caused by anti-inflammatory medicines, there are no symptoms. This can make it tricky for doctors to diagnose peptic ulcers early.

But what can you do to avoid stomach pain and the risk of ulcers while using Naproxen? Keep reading to find out the ways to prevent or ease the symptoms.

What can you do to prevent stomach aches when taking Naproxen?

There are some preventive measures to avoid stomach aches from Naproxen, such as:

Often, a medication called a proton pump inhibitor (PPI) is prescribed alongside Naproxen.

Proton pump inhibitors such as omeprazole protect the stomach when taking an NSAID like Naproxen. They work to inhibit the production of stomach acid, which significantly reduces the risk of stomach ulcers and other gastric problems.

Naproxen can also cause stomach ulcers if taken long-term without a stomach protector. For this reason, you should only take the minimum amount to reduce pain. Your doctor will discuss the most appropriate dosage of Naproxen for you. If you are taking Naproxen for the long term, taking a proton-pump inhibitor, such as omeprazole or lansoprazole, can reduce the gastrointestinal effects of Naproxen.

NSAIDs such as Naproxen may cause gastric ulcers, bleeding, and holes in the oesophagus (tube between the mouth and stomach), stomach, or intestine. These problems may develop anytime during treatment, happen without warning, and can be fatal.

The risk may be higher for people taking NSAIDs for a long time or at higher doses, are older, have poor health, smoke, or drink large amounts of alcohol while taking Naproxen.

Keep a close check on symptoms of an ulcer. You can check your symptoms by getting the SELFCheck Stomach Ulcer Test. This test kit contains everything you need to check for stomach ulcers at home and provides results within minutes.

Speak to your pharmacist or a doctor about taking a stomach protector while taking Naproxen. You can talk to one of our online prescribers at Prescription Doctor by using the “my chats” function under “my account”. They can suggest a proton-pump inhibitor to protect your stomach while taking Naproxen or other NSAIDs.