How to cure hay fever permanently?

The sun is out, the flowers are blooming, the bees are buzzing and that can mean only one thing – your hay fever is back!

Hay fever also known as allergic rhinitis affects between 10% and 30% of adults and 40% of children. An article published on the BBC states that half of hay fever sufferers do find that their symptoms start to ease with age and for 20% of sufferers they disappear completely. 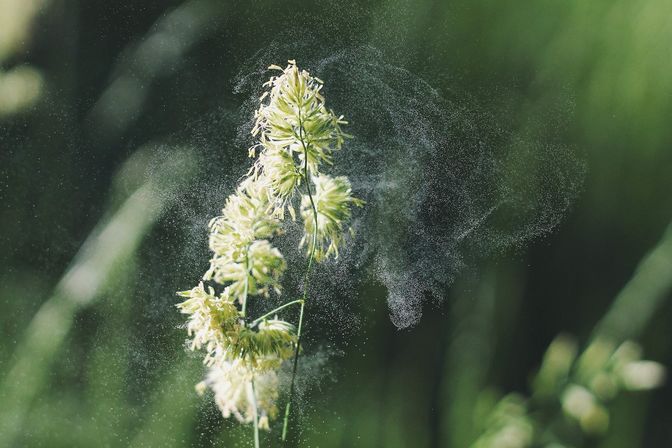 Detailing about the connection to pollen and hay fever symptoms the article states: “Today we know that when some individuals encounter pollen of certain kinds, their immune system overreacts, treating the pollen as it might a virus. This then triggers the body to respond with all the familiar hay fever symptoms.”

Currently there is no cure for hay fever however; there are a number of treatments available to help manage your symptoms. Read on to find out how you can beat hay fever and finally enjoy summer minus the itchy eyes, runny nose and constant sneezing.

What is Hay Fever?

Hay fever is caused by an allergic response to allergens in the air, such as pollen, dust mites or moulds. It usually occurs during the early spring and summer months and it can affect both adults and children. According to the NHS hay fever is especially worse when it is warm, humid and windy as this is when the pollen count is at its highest.

There are around 30 different types of pollen that can cause hay fever. Depending on what time of year it is, the type of pollen in the air will be different and it is possible to be allergic to more than one type.

Pollen season is split into the following three different sections.

Hay fever is an allergic reaction that strikes when small particles of pollen come into contact with your eyes, nose, mouth and throat causing a trigger in your immune system. This leads your body to overreact to a substance it believes is a threat and makes your system release chemicals designed to fight an infection. This subsequently inflames the lining of your nasal passages, sinuses and eyelids, which leads to symptoms such as itchy/watery eyes and throat and a runny/stuffy nose.

What Are The Symptoms of Hay Fever?

The signs and symptoms of hay fever include but aren't limited to:

Is There a Cure for Hay Fever?

There is no cure for hay fever however you can manage your symptoms effectively by taking some basic precautions, such as:

In addition to embracing these precautions it is also worthwhile to start taking hay fever medication several weeks before the start of the pollen season. Your GP can prescribe you the most appropriate treatment that typically includes: antihistamine tablets, eye drops nasal sprays along with other alternative therapies such as, light therapy devices which help to reduce the reaction in the nose and a range of herbal remedies.

A pharmacist will also be able to recommend you on the extensive variety of treatments and medication available to treat specific hay fever symptoms, such as antihistamine tablets, nasal sprays and eye drops. These over-the-counter treatments should be appropriate to help ease your hay fever symptoms however, if you are experiencing more severe symptoms you should speak to your GP.

You may need to try a few different hay fever treatments before you find one that suits you best and relieves your symptoms. To cure hay fever permanently it’s vital that you manage your symptoms on a daily basis and take your GP’s advice. This content has been written and checked for quality and accuracy by
Mohamed Imran Lakhi Content Administrator Published on: 13/08/2019 Updated on: 10/12/2020