Chlamydia is a sexually transmitted infection (STI) that can infect both men and women. It is one of the most common STIs in the UK and is most common in sexually active teenagers and young adults.

How Do You Get Chlamydia?

Chlamydia is caused by a bacterial infection called chlamydia trachomatis, that is spread through unprotected sex or any contact with infected genital fluids such as, semen or vaginal fluid. You can get chlamydia by:

What Are The Symptoms of Chlamydia?

It is not easy to tell if you are infected with chlamydia because the symptoms are so vague and are shared with a number of other infections. For some people symptoms can appear a few weeks after unprotected sex. For others, the symptoms develop months later, or in some cases symptoms can disappear after a few days even though they still have the infection.

70% of infected females and 50% of males will not have any obvious symptoms of chlamydia. However, there are some common symptoms to be aware of.

The most common symptoms for women include:

The most common symptoms for men include:

If chlamydia is left untreated it can spread and cause complications for both men and women. Complications that can arise include: reactive arthritis in men and pelvic inflammatory disease in women. This is why it is vital if you have had unprotected sex you get tested as soon as possible.

You can get a chlamydia test at a number of places including: Your doctor’s surgery, a sexual health clinic or use a home testing kit.

Our doctors at Prescription Doctor are on hand to prescribe the right chlamydia treatment for you and discuss any concerns you have about your symptoms. There are various antibiotics for chlamydia, some tablets are to be taken in one day or you may be advised to take a longer course for seven days.

You can get antibiotics for chlamydia at Prescription Doctor such as:

The antibiotics work by preventing the growth of the bacteria known as chlamydia trachomatis. In order for the bacteria to grow, it needs to create a protein however by taking the antibiotics it stops the protein from being made. This means the bacteria can no longer multiply and the 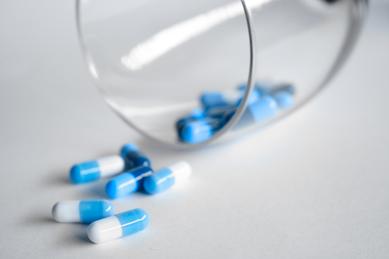 immune system then attacks the remaining bacteria and kills off the infection.

Finally, remember if you are under 25 and are sexually active, it is recommended that you get tested for chlamydia every year or when you change sexual partner. This content has been written and checked for quality and accuracy by
Mohamed Imran Lakhi Content Administrator Published on: 15/08/2019 Updated on: 12/08/2021