What is an asthma attack?

Asthma is a condition that affects around 5.4 million people in the UK (including 1.1 million children). For those who don’t suffer from asthma, the condition may not seem like a problematic one – many people think that it is simply shortness of breath which passes quickly.

However, for those who live with asthma, and their loved ones, it is an extremely serious illness that can even be fatal if not treated correctly. Knowing just what an asthma attack is and how to deal with it (both short and long term) is important not just for those who have asthma and the surrounding people, but for the wider public too.

So what is an asthma attack? What are the signs and symptoms? And what can you do to help a person having an attack?

What Is An Asthma Attack? 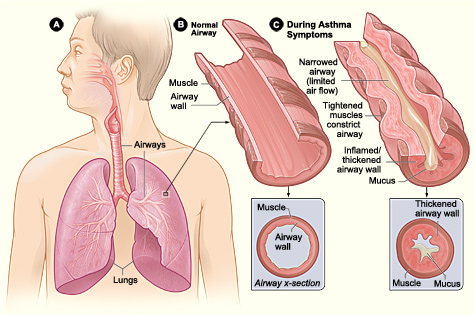 Understanding what an asthma attack is, and being able to recognise when one is happening is very important.

The medical term for an asthma attack is a bronchospasm, which describes the mechanisms at play when an attack strikes. Muscles which line the airways in the lungs, known as bronchi, contract. These contractions, sometimes called spasms, constrict the airways and make it hard to breathe.

As well as the narrowing of the bronchi, the airway’s lining becomes inflamed, narrowing it even more. Additionally, thicker mucus is produced in higher quantities than normal. Combined, this makes the airway much narrower than it would be usually. If the bronchi become too narrow, breathing stops entirely.

Symptoms Of An Asthma Attack

There are a number of symptoms of asthma attacks to look out for – attacks often happen suddenly, so knowing the symptoms can make a difference to how quickly help is sought for the patient. Symptoms include:

Asthma sufferers will find that their attacks are triggered by different elements, depending on whether they have allergies which exacerbate their symptoms, for example. Although it is not possible to list every possible trigger of an asthma attacks, some of the most common include:

What should you do during an asthma attack?

If you see someone suffering from an asthma attack, or presenting the symptoms of one, what should you do? 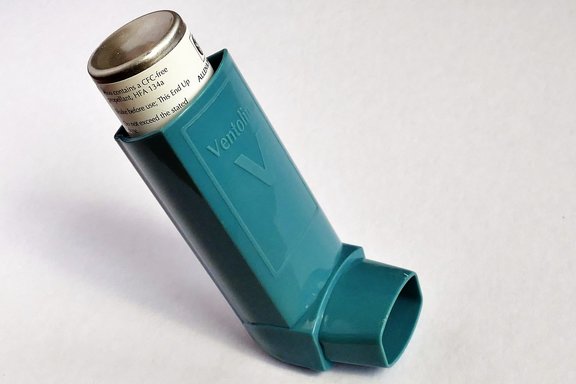 The first step is to help the patient into a comfortable sitting position. Calm them as much as possible, and find their medication – ideally they will have a reliever inhaler with them, which is usually blue. Help them to take their asthma medicine and to concentrate on their breathing. The inhaler will help to relax the muscles of the airway, expanding it and making it easier to breathe.

If they don’t have their medication or if, after taking it, their symptoms do not ease, you should dial 999 for an ambulance. Stay with the patient until the ambulance arrives and continue to help them to stay as calm as possible. Not being able to breathe is frightening, but panicking can make things even worse and cause the airways to restrict much more quickly.

Asthma attacks can be caused by numerous daily events and situations, and those who suffer from asthma will have a good idea of what sets their asthma off; most will be carrying their medication with them as a precaution. However, panic can easily set in when an asthma attack strikes as it happens quickly; being able to understand the symptoms of an attack and knowing how to help someone who is having an asthma attack is something that everyone should be aware of. This content has been written and checked for quality and accuracy by
Mohamed Imran Lakhi Content Administrator Published on: 19/12/2019 Updated on: 10/12/2020